It has been over three months since Jorge Soler hit a homerun in Game Six of the World Series and that ball has still not landed yet. In fact, it may have reached a higher altitude than the University of Georgia’s small satellite. That home run, along with a stellar six inning performance from the Braves young ace Max Fried, led Atlanta to clinch its first major sports championship after 2018 when Atlanta United won the MLS Cup since 1995. 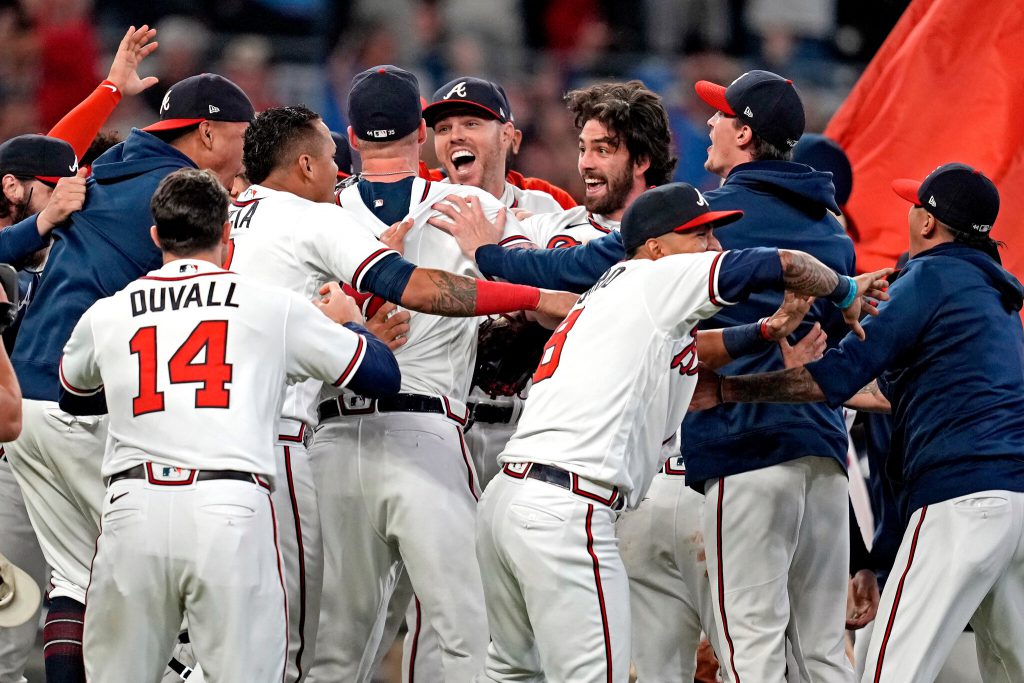 And while it was great for The City of Atlanta and The State of Georgia, the Braves in their red, white, and blue uniforms were certainly America’s team this year. There are a rare number of baseball fans outside of the Houston area code (lol @BryceHarper) that were rooting for the Astros. While new manager Dusty Baker is one of the most respected men in baseball, there are still too many players lingering from the scandal-ridden 2017 team to sympathize with their clubhouse. Especially considering the lack of punishment that was handed down from Rob Manfred to those players.

So in Atlanta’s case, the all too familiar feeling of being on the cusp of greatness was bolstered by a true good vs. evil story this time around. For non-sports folks, we were Harry Potter and they were Lord Voldemort. Surely justice would prevail! But as anyone who has suffered through the post season of our hometown teams know… this might not be a fairy tale ending.

That Snowpocalypse chill began to run down the spine of our dear citizens at the end of Game Five where the Braves slid like a two wheel drive KIA Rio on an icy University Parkway to a 9-5 loss. However, the Braves would steer into the skid* and drive home from Houston to Cobb County with the Commissioner’s Trophy in the trunk after a resounding 7-0 win.

For an organization known for going Worst to First in 1991, the Braves have again done the improbable this past season. They were 52-54 at the July 30th trade deadline. They were not above .500 wins until August 6th. Their NLCS opponent, the LA Dodgers, payroll topped the Braves’ by more than $100 million. Despite all this, the curse was finally broken and it paved the way for another Georgia team seeking its first championship this millennium…

*Steering into a skid means if the rear of your vehicle is sliding to the right, then turn the steering wheel to the right to correct your driving path, and vice versa. Maybe brush up on this method before you hop behind the wheel of a University of Georgia vehicle this winter. Or, if you are looking for training, be sure to check out the courses we offer on GAIL to help drive your fundraising team to victory this season.